‘Behind The Headlines of History’ podcast, Episode 10

It’s the last episode of our inaugural season of Behind The Headlines of History, and this week we’re marking Remembrance Day with stories related to the lives of people during WWI. Michala starts the episode with the incredible tale of Sapper Dorothy Lawrence – the ambitious female war correspondent who dressed as a man to make it to the British front line (from The Observer, 21st September 1919) and Brad’s uncovered an intriguing story of an officer in a POW camp reprimanded for having a kickabout with a loaf of bread (reported in The Times, 20th May 1915).

And perhaps Brad and Michala were hungry when researching this week’s NiBs as both coincidentally both take a food-related theme (one more tragic than the other).

All newspaper articles referenced in this episode were sourced on Newspapers.com, with additional research conducted by Brad and Michala using Ancestry and other resources

Articles and Clippings? Episode 10: The Only Female WWI Soldier and a ‘Crumby’ POW Kickabout 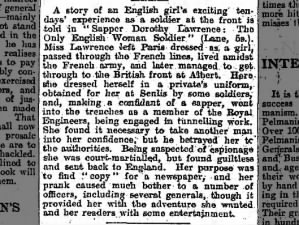 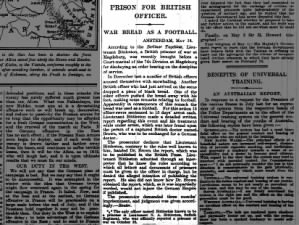 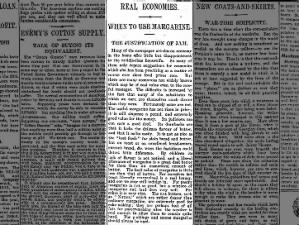 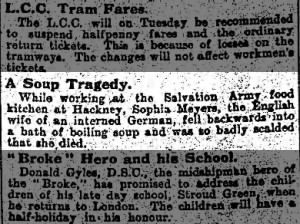