Elizabeth “Lizzie” Andrew Borden (July 19, 1860 – June 1, 1927) was an American woman who is best known for being the main suspect in the 1892 axe murders of her father and stepmother in Fall River, Massachusetts. Borden was tried and acquitted of the murders.

The Commonwealth of Massachusetts elected not to charge anyone else with the murder of Andrew and Abby Borden, and speculation about the crimes still continues more than 120 years later. Wikipedia

Learn more about Lizzie Borden through historical newspapers from our archives. Explore newspaper articles, headlines, images, and other primary sources below.

Articles and Clippings about Lizzie Borden 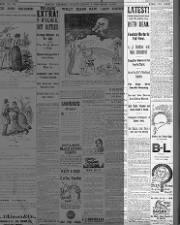 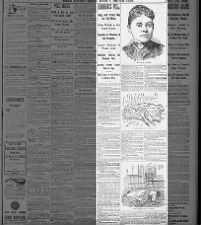 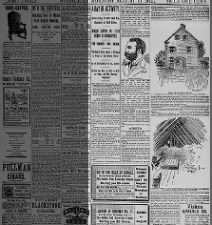 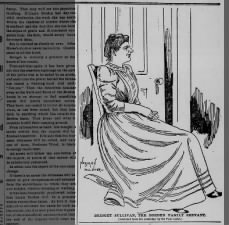 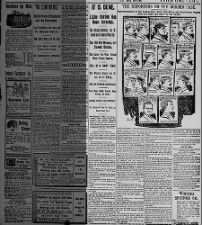 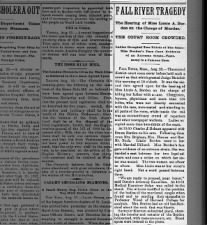 The hearing of Lizzie Borden on the charge of killing her father and stepmother Thu, Aug 25, 1892 – 1 · Star-Gazette (Elmira, New York) · Newspapers.com 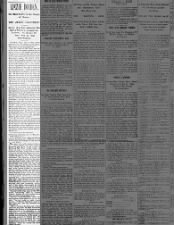 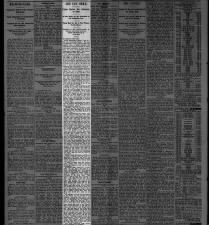 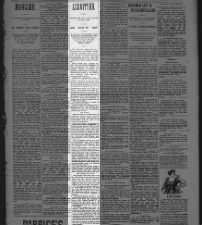 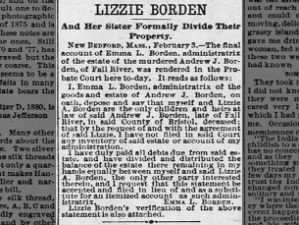 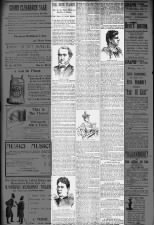 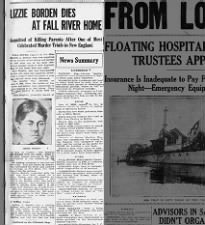