Pumpkin pie has a long history in the United States. Pumpkins originally come from Central America, but as a result of European exploration of the Americas, the plant began to be cultivated and eaten in Europe.

Early European colonists in what would later become the United States brought the tradition of pumpkin-filled pies across the Atlantic with them, and the dish became deeply embedded in American culture–particularly in New England. An early written recipe for a dish similar to today’s pumpkin pie even appeared in what is considered America’s first cookbook: “American Cookery,” by Amelia Simmons in 1796.

More recently, the introduction of commercially canned pumpkin in the 19th century made it faster and more convenient to make the dessert, as did the marketing of a pre-blended “pumpkin pie spice” in the 1930s.

Learn more about Pumpkin Pie Recipes through historical newspapers from our archives. Explore newspaper articles, headlines, images, and other primary sources below. 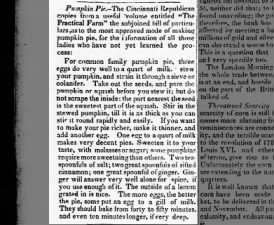 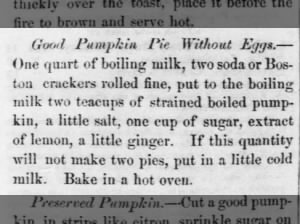 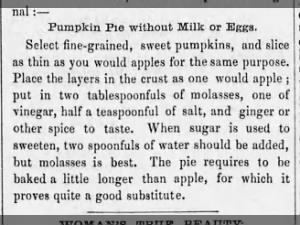 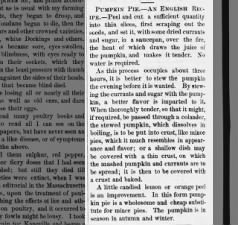 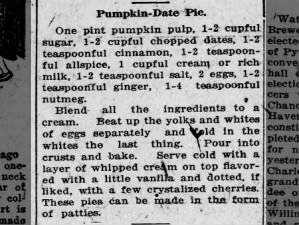 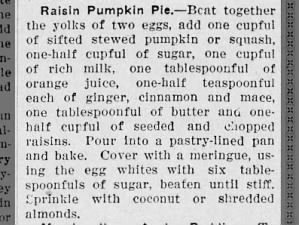 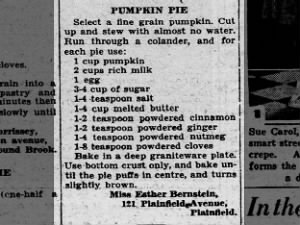 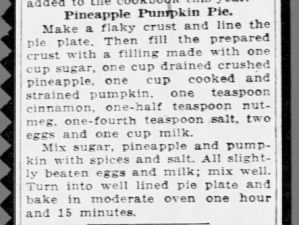 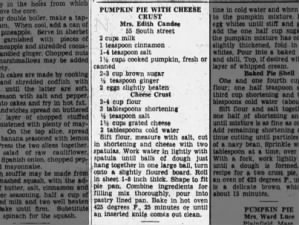 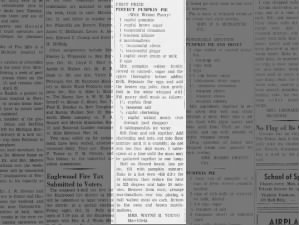 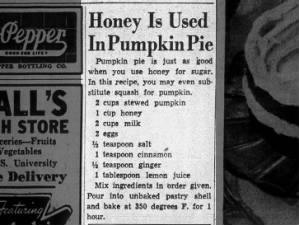 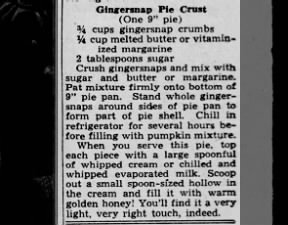 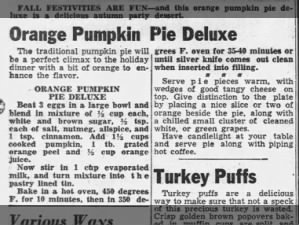 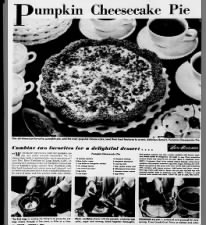 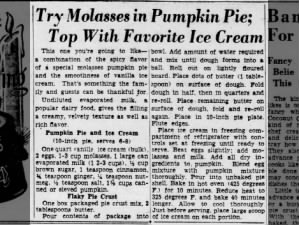 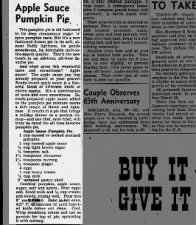 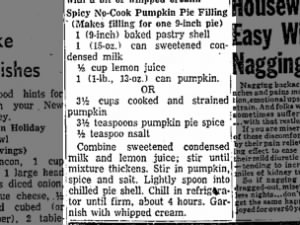 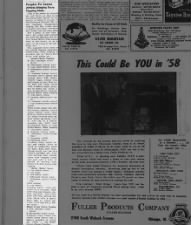 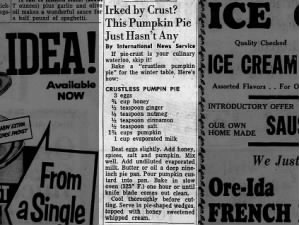 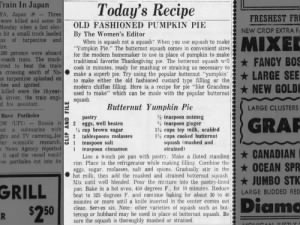 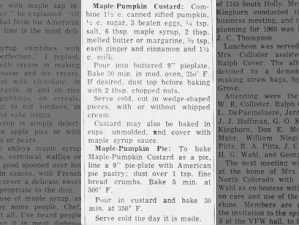 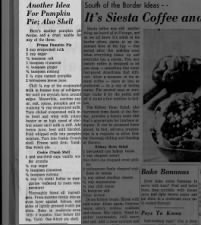 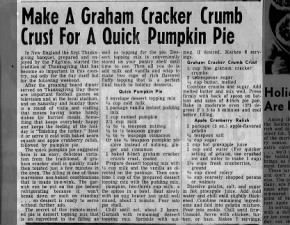